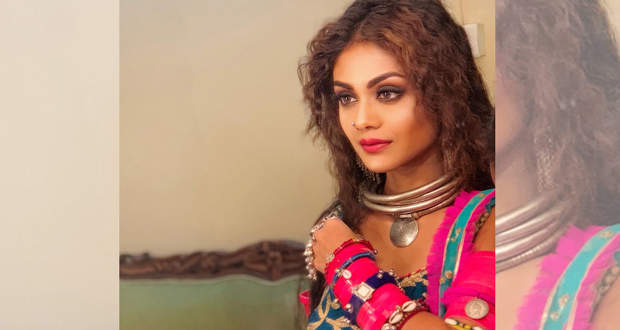 Today's Nazar 12 Jun episode starts with Mohanna freeing herself from the Patalketki strand. She states to herself that she will not spare Rathod family members.

Ansh wakes up after seeing a strange dream where he recalls Karan’s last words. He gets terrified and fails to understand anything.

Piya tells Ansh that her final exams are fast approaching but Adi’s mischief’s are troubling her. Adi burns his toys in his anger.

Naman accuses Gurumaa of lying. Gurumaa says he has gone crazy to put such strange allegations on her. Naman then says Saavi is behind all this.

They head towards Sanam’s room to check if she is a Chudail or not.

Vedashri and Chaitali state that only Piya can handle Adi. Ansh says he will manage everything on his own. He even stops Piya from letting go of her exams.

Ansh advises that we should send Adi to a daycare center so that he can grow up as a normal child with other kids. The other family members fear that the other kids might get scared on seeing Adi’s powers.

Ansh says he will take Adi to the daycare for today and see the result. Adi crawls up the wall.

Naman and Saavi fail to find Sanam in the room sleeping. Dilruba tricks Naman again. Saavi calls Sanam a chudail. Sanam enacts to get upset and walks away. Naman gets angry at Saavi.

Ansh takes Adi to the daycare. He insists the owner let him stay with Adi for some days but the lady refuses.

Chalayan Daayans come in front of Naman and Sanam. They vanish suddenly. Sanam comes in her chudail avatar. Naman gets shocked.