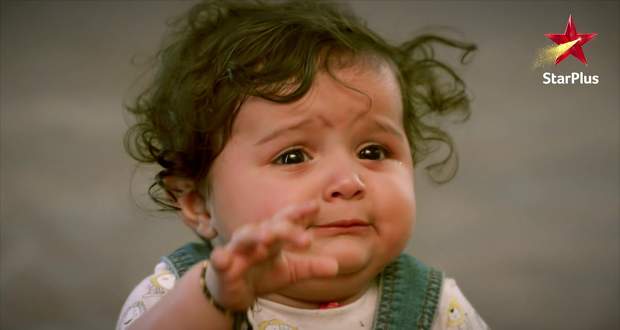 Today's Nazar 13 May episode starts with Shalaka heading towards Adi. Ansh rushes and takes Adi in his arms. Piya asks Ansh to take care of Adi while she faces Shalaka.

Shalaka and Piya fight off with each other using their weapons and powers. Shalaka warns Piya that she will send her in the past where she will forget everything.

Rathod family is tensed about Mohanna. Avinash fires bullets on the Daayan vriksh branches and frees the entry.

The branches return again and envelope the door. Mohanna comes and informs that all their efforts will go in vain. She adds that today they will have to die.

Shalaka refuses to trust her and throws powder on Piya. She states that now she will kill Piya.

Ruby Daayan throttles Panditji. Nishant comes and saves him. Panditji tells Nishant about Ruby but Nishant fails to see her.

Nishant calls Vedashri and informs her that she is hallucinating about Mohanna’s presence because of Kohra Kaner.

Ansh binds Shalaka in the Daayan chakra to take revenge of Piya’s condition. Shalaka realizes that Piya is innocent and she didn’t kill Rahul.

Shalaka asks Ansh to save Piya while Shalaka gets buried in the ground.

Rathod family members gather their strength and face Mohanna. Mohanna vanishes when she jumps on Vedashri with a dagger.

Sanam brings Hira to Naman and tells him that Hira can change into a human as well.

The written update of 13 May 2019  Nazar episode full story ends.