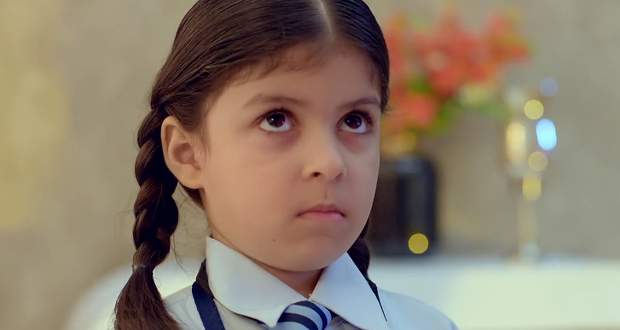 Today's Nazar 15 Aug episode starts with Pari helping Adi in getting up of the floor. She says she will defend him but the other kids start teasing her.

Meanwhile, Piya decides to wait outside the school for Pari. At the same time, some naughty kids tie Pari’s braids to the door.

Pari gets angry and transforms into her true self. She holds the kid with her long braid and later leaves him on the floor crying.

Adi gets scared after witnessing everything. Pari also feels weird after she gets into her human self.

Later, Ansh enquires from Adi about her wounds. He lies that he fell in the corridor. Urvashi tries to manipulate Ansh in believing Adi must have gotten into a fight.

Ansh refuses to send Adi in the hostel. Adi listens to everything and later Urvashi scares him off by saying she will not let him stay there for too long.

Piya is called to the school again for Pari’s complaint. The kids say that Pari got angry and started hurting them. They further accept they teased Pari. Piya thinks the kids are lying.

Urvashi wishes to put lights with Adi and get along with him. Meanwhile, Naman decides to surprise Sanam and introduces her to a fake Hrithik Roshan.

Sanam refuses to believe it is real Hrithik and tells him to dance.

Upcoming Nazar episode update: Adi leaves a letter stating that he is going to stay with his mother.

© Copyright tellybest.com, 2018 & 2019. All Rights Reserved. Unauthorized use and/or duplication of this material without written permission from tellybest.com is strictly prohibited.
Cached Saved on: Thursday 16th of July 2020 10:52:35 PM