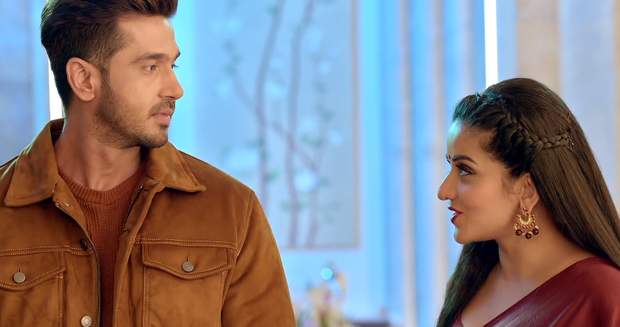 Today's Nazar 15 Nov episode starts with Ansh stating they should not help Mohana. Piya and the other ladies want to help her while Shekhar and Ansh are not ready to help her.

Piya tries to explain the power of love and thinks Mohana might change because of it. Later, Piya offers to help Mohana and Vedashree and Chaitali also gets ready to help.

Mohana gets emotional and hugs both Vedashree and Chaitali. Meanwhile, Nishant discovers some footprints of a creature and decides to find out.

Shekhar and Ansh meet Angad while Ansh remembers him as the guy who was staring at Piya. Angad wishes to get married to Mohana while Ansh wonders if he knows Mohana is a Daayan.

Angad says he knows everything and he still loves her. Meanwhile, Sanam sees the footprints and says they are of Singha.

Piya tries to console Ansh in believing Mohana has changed. Ansh says that Angad is not the right guy while Piya thinks he has changed Mohana.

Sanam reveals that Singha is the most powerful evil power who kills other black powers. Meanwhile, Angad arrives again and brings gifts for everyone.

Nishant and Saavi discover that all the black creatures are dead in their dungeon.

Upcoming Nazar episode update: Ansh continues to doubt Angad and says he must have come for Piya.