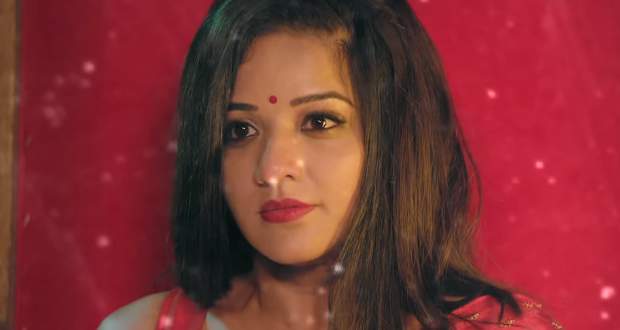 Today's Nazar 16 Dec episode starts with Mohana calling out for Ansh to not trap her in the box. Rathods lock her in the temple and leave. Mohana reveals that she mixed her blood in Pari’s Praan Pyala.

She is delighted with her successful plan and wants to return to Rathod’s life using Pari. Later, Nishant tries to deduce Pari’s changed behavior.

They want to know why Pari started shouting when they were burying Mohana’s braid. They are also worried about the braid while Mohana as Pari acts weird around Adi.

She spoils the whole packet of biscuits and throws it away. Adi gets shocked while Nishant tries to burn the braid but fails to destroy it.

Nishant seeks help from Sarprani and she assures that they will keep an eye on the braid. Meanwhile, Naman misses Dilruba and keeps telling Dhafli about her mother.

Adi tries to tell Piya that something is wrong while Piya ignores him. Mohana is present as Pari in the house and is planning something huge.

Naman gets shocked to learn that his daughter can get invisible. Later, Mohana as Pari wears rollers in her feet and switches off the light of the whole house.