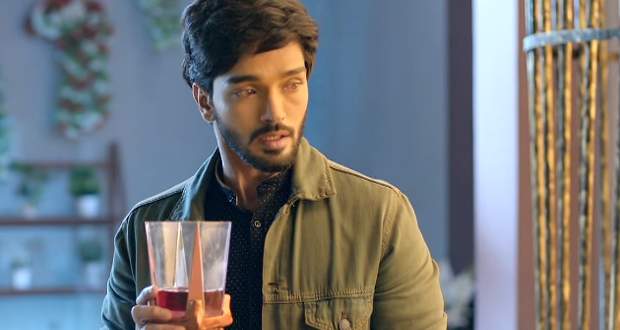 Today's Nazar 16 Jan episode starts with Ansh asks Rathods to split so that Chandraveshis also split. However, the Chandraveshis stay together and follow Ansh as he has the Pyala.

Ansh uses deodorant so that Chandraveshis cannot smell the Pyala. The Rathods continue to search for Barkha but even Adi is not able to find Barkha.

Chandraveshis have hanged Barkha in the air while Adi brings Barkha down. The Chandraveshis start calling their companions while Piya gets worried for Ansh.

Piya thinks that Ansh is in danger and they want to make Ansh their king. Ansh makes a cage but gets trapped by the Chandraveshis.

Naman is in the cave where there are portraits of a lot of Chudails. He finds the photograph of Sanam while a voice asks what he is doing in Chudail lok.

The voice tells him that he can’t take Sanam while Naman still takes the image. Meanwhile, Chandraveshis take the Chaand Ras Pyaala and reveal that they are there for Ansh.

They want him to drink the Chaand Raat Ras while Ansh and Piya decide to stall time. Chandraveshis hypnotize the Rathods and blackmail Ansh.

Ansh decides to sacrifice to save his family members. He drinks the Chaand Raat Ras and gets unconscious while the Rathods come out of the spell.

Upcoming Nazar episode update: Ansh orders everyone in the family and behaves in a rude way.

© Copyright tellybest.com, 2018 & 2019. All Rights Reserved. Unauthorized use and/or duplication of this material without written permission from tellybest.com is strictly prohibited.
Cached Saved on: Saturday 18th of January 2020 09:44:35 PMCached Disp on: Thursday 23rd of January 2020 08:51:01 AM