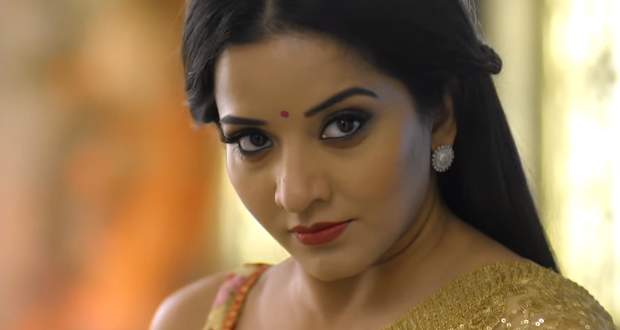 Mohana and Piya start the ritual and bind into blood promise. They get a red bangle around their neck that will assure they keep their promise.

Nishant and Naman try to deduce how to defeat the challenger. Meanwhile, Vedashree is worried for the Pooja of Mahashivratri and the problems they have faced.

Nishant tries to put off the fire on the stick and deduces that Mohana’s challenger is made of Sanatan fire. Meanwhile, Ansh reveals that he is feeling more powerful after getting healed.

Ansh is able to hold and control things while Piya wants to tell Nishant about the same. However, Ansh doesn’t want her to tell anyone as it is not that important.

Rathods are all set to go to their Kul Devta temple while Mohana stops them from going. They ask her to come along while Mohana argues with them about being in danger.

Nishant has brought Panditji home and tries to reveal about Ansh. However, he gets unconscious while Nishant and others think that Ansh is in danger.

Piya, Ansh, and Mohana decide to set a trap for the challenger while others go for the Pooja of Lord Shiva. Later, Nishant comes and reveals that the challenger can be defeated using Sanatan Agni.

Piya puts Sanatan Agni into the trap while Mohana starts laughing and reveals that the challenger is Ansh.

© Copyright tellybest.com, 2018 & 2019. All Rights Reserved. Unauthorized use and/or duplication of this material without written permission from tellybest.com is strictly prohibited.
Cached Saved on: Thursday 9th of April 2020 07:46:02 AMCached Disp on: Saturday 11th of April 2020 01:18:40 AM