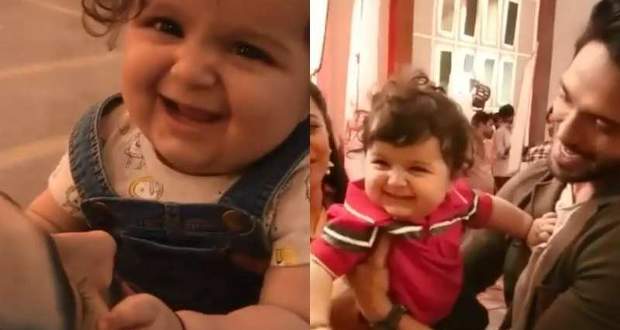 Today's Nazar 17 Jun episode starts with Mohanna trying to throw the bus down the cliff. Ansh comes there and tries to stop the bus from falling down. Piya also comes there.

Piya and Ansh use their powers to stop the bus from falling down into the cliff. They get tensed on not finding Adi on the bus.

Mohanna comes to them and says Adi is with her. She holds Adi in her choti and threatens Piya and Ansh by saying that she will throw Adi down the cliff.

Piya tries to stop Mohanna but fails as Mohanna throws Adi in the cliff. Ansh jumps off the cliff. Piya attacks Mohanna in anger.

Piya and Mohanna indulge in a fierce fight. Piya throttles Mohanna. She kicks Mohanna and Mohanna gets stuck inside a tree.

Piya gets shocked to see Ansh flying in the air with Karan’s wings. Ansh brings Adi with him. Piya heaves a sigh of relief. Ansh says all this is because of Karan.

Mohanna talks in her mind that now she will snatch Karan’s wings from Ansh easily.

Naman tells Sanam that Guruma’s sister is coming to stay with them for some days. He asks Sanam to act normal in front of her.

Guruma’s sister comes home. She gets upset on seeing Sanam for not following the family rituals.

© Copyright tellybest.com, 2018 & 2019. All Rights Reserved. Unauthorized use and/or duplication of this material without written permission from tellybest.com is strictly prohibited.
Cached Saved on: Friday 17th of January 2020 07:53:40 PMCached Disp on: Wednesday 22nd of January 2020 06:58:20 AM