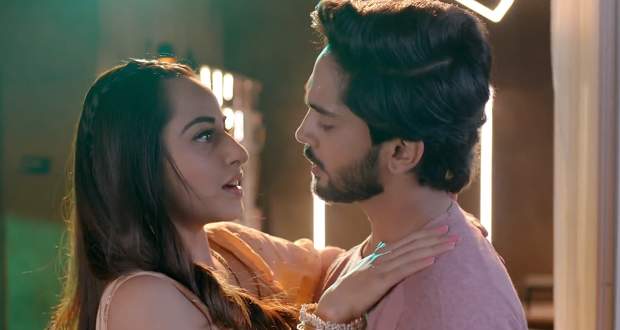 Ansh spills the Kheer on Angad while he leaves to clean up. Later, Piya doesn’t want Ansh to overreact while Ansh is not fond of Angad.

Ansh further thinks that Angad has come for Piya instead of Mohana. They both spend some quality time together and Ansh just wants to be careful.

Later, Saavi informs Piya about Singha and him being a danger for Ansh or Mohana. Meanwhile, Nishant decides to find out Singha’s next target using his horn.

Ansh and Piya spend some quality time together but are interrupted with footsteps. Piya tells Ansh about the information given by Saavi.

Mohana finds Angad missing from the guest room and starts searching for him. Later, Ansh and Mohana find Angad and Piya sharing a laugh.

Ansh is still suspicious about Angad while Piya finds it funny. Piya teases Ansh for getting jealous of Angad. At the same time, Nishant decides to investigate Singha’s next target by an experiment.

Upcoming Nazar episode update: Piya learns that Mohana is Singha’s next target while later she is attacked by him.