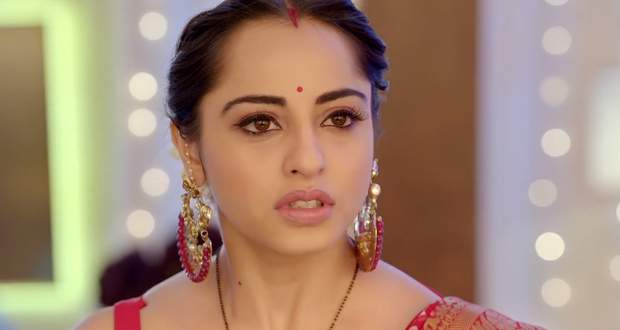 Today's Nazar 18 Oct episode starts with Nishant saying that Dev is right and that he has helped Divya in catching many evil souls. Vedashree and others in the family also think Dev is right.

They further think that Piya is the reason behind Ansh’s condition. Nishant further asks Dev how they can save Ansh while Dev says Piya has to marry him.

Piya doesn’t want to marry Dev while Dev has controlled everyone and wants them to convince Piya. Meanwhile, Naman has kidnapped Saavi for Sanam’s mother.

Piya is disappointed in everyone for believing Dev including Nishant. At the same time, Saavi and Naman try to find some solution while Sanam brings her mother.

Later, Piya meets Ansh and blames herself for his condition. Ansh wants Piya to believe in their relationship and not to give up.

Nishant gets suspicious with Shekhar and Vedashree’s behavior and wonders if he has mistaken Dev. Piya prays to Goddess and seeks guidance.

He decides to go see his neighbor’s house and finds Dev with some woman. Dev says that he has got powers from evil souls too.