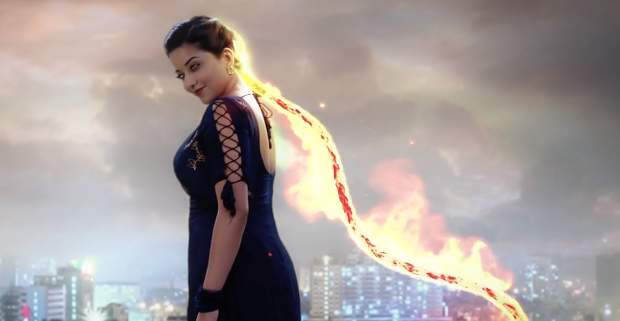 Today's Nazar 19 Feb episode starts with Madhulika’s family trying to assemble the Trishul to save the family from Daayan’s Nazar. Narmada is told that their house is protected.

Madhulika wants to know if her brother Apurv is protected from Daayan. The priest declares that the Daayan has entered the city and is very powerful.

The priest suggests getting Apurv married so that he can be cured. They later witness a boy’s death by a Daayan while Urvashi gets scared for her son.

Madhulika assures her that they will be protected by Devi Maa. She later consoles her brother Apurv in getting married and gives him something to drink.

Meanwhile, Palak is introduced who is asked by her Maami to not do any mistake. She has to meet a prospective groom while Apurv also meets another girl and her family.

Apurv starts acting like a kid after seeing Laddoos and climbs on the table. He throws some at the father of the girl and they refuse to get their daughter married to a mentally disturbed boy.

Palak also reveals that she has a hole in her heart. Meanwhile, Apurv feels bad for her mother and promises to be a good boy. Madhulika feels someone’s presence outside.

She later confronts the Daayan on the terrace and reveals her true Daayan form. The other Daayan wants to take Apurv with her while Madhulika fights to stop her.

Upcoming Nazar episode update: Madhulika has a mission to kill her own brother Apurv.

© Copyright tellybest.com, 2018 & 2019. All Rights Reserved. Unauthorized use and/or duplication of this material without written permission from tellybest.com is strictly prohibited.
Cached Saved on: Sunday 5th of April 2020 08:01:17 AM