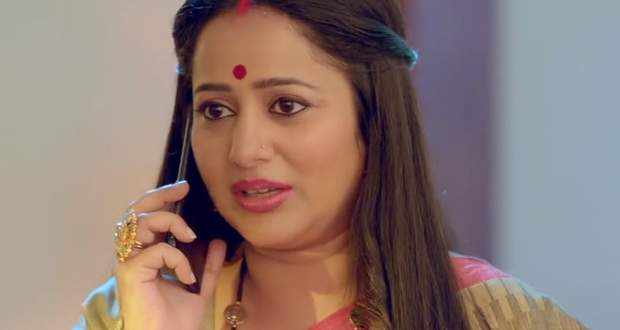 Today's Nazar 20 Aug episode starts with Mohana getting worried about Ansh and Piya reuniting. Urvashi says she has made a plan and Mohana has to help her.

Meanwhile, Piya realizes Pari must have actually injured the kids at school. Pari also uses her powers to make her own braids. Piya gets worried and ties the holy thread to her braids.

Later, Ansh reveals he wants to bring Piya back and everybody gets delighted with the news. Vedashree calls Nishant to enquire about Piya.

Vedashree hears Piya and Pari’s voice and misunderstands Piya of moving forward in her life. Meanwhile, Ansh sees Mohana falling on his car.

In the school, Pari uses her powers to help her teacher and Piya wants her to control her actions. Piya asks for transfer documents from the principal while Pari again does mischievous things using her powers.

Rathod's think Piya has married for the second time. Urvashi decides to leave the house and at the same time, Ansh arrives with an injured Mohana. Meanwhile, Nishant and Saavi decide to seek help from Upaayan.

© Copyright tellybest.com, 2018 & 2019. All Rights Reserved. Unauthorized use and/or duplication of this material without written permission from tellybest.com is strictly prohibited.
Cached Saved on: Tuesday 7th of July 2020 11:16:28 AM