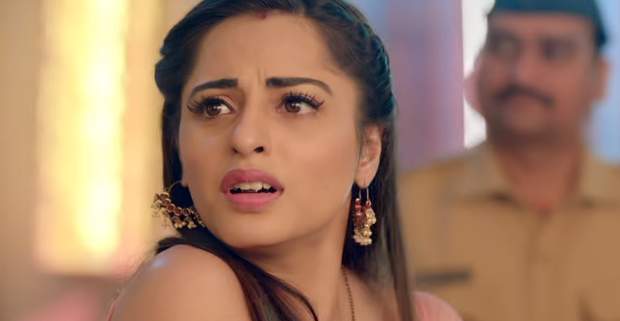 Today's Nazar 20 Dec episode starts with Piya wondering how Abhay’s feet didn’t touch the body. Adi has taken the body through the wall. Meanwhile, Naman gets worried about Dafli who is in Bandaap temple.

Abhay calls everyone from Rathod family to investigate. He also wishes to do a lie detector test on each family member to know the truth.

Adi is asked to hide the body of the criminal in the wall. Piya wonders why Pari is not keeping her stuff organized. She further learns that Mohana is in Bandaap.

Abhay starts the lie detector test on Piya. Piya is unable to control her powers as she is scared and a jug of waterfalls on the ground.

Abhay says that Janu Yadav is in the house and Vedashree fell down because of Piya. He accuses Piya of trying to kill Vedashree and uses skateboards as proof.

He creates a whole story of Piya trying to kill Vedashree and then killing the criminal. Meanwhile, Mohana tries to find the body of the criminal and succeeds.

Abhay orders to arrest Piya while Ansh gets angry and grabs him. Mohana reveals Janu Yadav’s body in front of everyone. At the same time, Nishant finds that there is a problem with Mohana’s feet in the footage.

Ansh is not able to control his anger and pushes Abhay. Piya is arrested and taken by the female officers.

Upcoming Nazar episode update: Ansh is mad at Abhay for twisting the case against Piya.