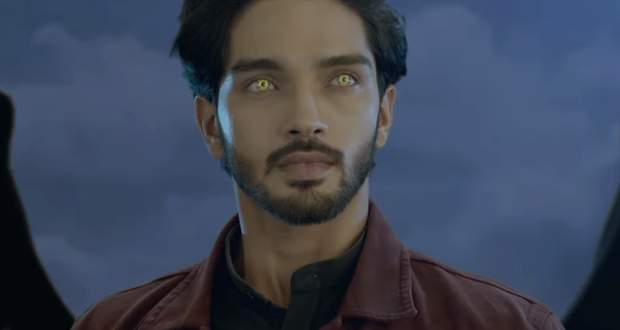 Today's Nazar 20 Nov episode starts with Piya wondering why the footprints are not getting off the floor even after painting. Later, Ansh keeps an eye on Angad and hides behind the door.

Ansh wishes to get Angad’s jacket to reveal his truth. He gets his jacket when Angad removes it to try on Sherwani. Ansh finds a horn inside his jacket.

Ansh shows the horn to everyone and says he is the potential killer of Mohana. Angad tries to build up a story while Mohana also still believes him.

Nobody believes Ansh while Mohana defends Angad. At the same time, Nishant calls Ansh and asks him to meet for a plan.

Nishant asks Ansh to take the horn to a place where there is night and find out the relation between him and the moonlight. Ansh agrees to leave while Vedashree refuses to put Tilak on Angad.

She wants Piya to do the rituals while Piya feels some pain upon touching Angad’s forehead. She realizes that it is the pointed edge of a horn.

Later, Piya uses her powers to get saved from Angad and puts a fire ring around him. Angad tries to explain that he loves Mohana while Piya gives him once chance.

Upcoming Nazar episode update: Ansh tries to control the horn while being in the presence of moonlight.