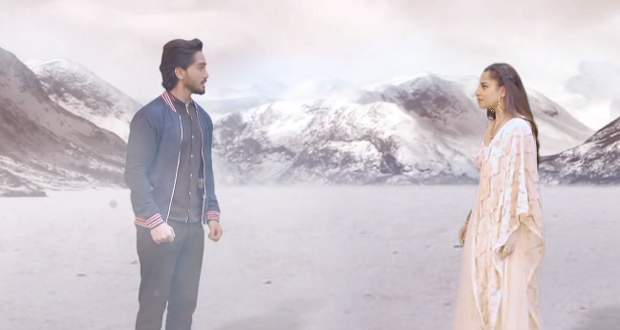 Today's Nazar 20 Sep episode starts with Piya trying to stop Bhasmika from getting close to Ansh. Bhasmika again tries to get close to Ansh but Ansh starts asking random questions.

Ansh tries to remind her about their honeymoon and deduces she is not real Piya. Bhasmika comes in her true form while Ansh asks about Piya.

Bhasmika says he will never find the real Piya. Some fireflies try to show the soul of real Piya while Naman, Nishant, and Saavi reach Rathod house.

Bhasmika forcefully kisses Ansh and puts a knife in Piya’s body. She gets some moon shaped element and leaves her body.

Piya dies and her soul also reaches some mountainous place called Namah Lok. Lord Vishnu and Lord Shiva appear in front of her.

Narayan opens a door to heaven for her while Piya doesn’t want to leave her love behind. Meanwhile, Ansh grieves the loss of his beloved wife.

He is adamant to bring Piya back while Narayan wants Piya to leave the attachment and move forward.

Ansh commits suicide to get to Piya. He also reaches Namah Lok and Lord Vishnu asks his reason for arriving. Ansh says he wants to take Piya back while Vishnu says it is impossible.

Ansh refuses to go until he gets Piya back and she appears in front of him. Narayan and Shiva agree to send Piya to earth.

Upcoming Nazar episode update: Ansh and Piya return from the dead and reunite with their family.