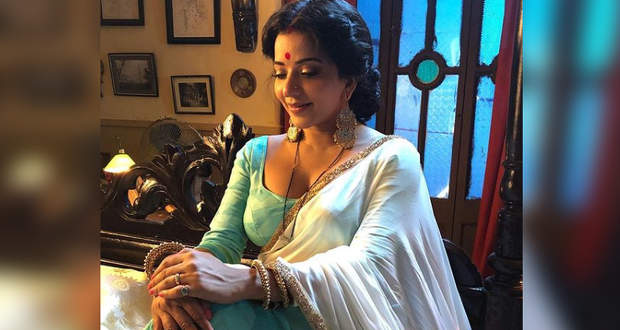 Piya tells Ansh that Mohanna has challenged her that Ansh will throw her out of this house within a week. Ansh advises Piya not to pay heed to Mohanna’s words.

In the morning, the Rathod family members start the preparations for Adi’s birthday.

Naman is worried thinking about Saavi’s ultimatum. Sanam comes to him and asks her to focus only on his work. Naman gets happy.

Mohanna instructs Vedashri to hang Adi from the balcony. Vedashri does the same. Piya comes and takes away Adi from her hands.

Ansh comes there. Vedashri says she was just playing with Adi. Piya says she got scared when she sees Adi hanging from the balcony.

Vedashri says if Piya doesn’t want then she will not play with Adi ever. Ansh gets angry on Piya. Vedashri celebrates her success.

Sanam comes to Nishant’s house to give food to Naman. Saavi gets upset on seeing her.

Piya gets tensed when she sees Vedashri sabotaging the chandelier. Piya avoids giving Adi to Vedashri. Vedashri asks Ansh if Piya is worried about something.

Naman and Saavi get shocked to see Panna missing from her cabin.

© Copyright tellybest.com, 2018 & 2019. All Rights Reserved. Unauthorized use and/or duplication of this material without written permission from tellybest.com is strictly prohibited.
Cached Saved on: Saturday 6th of June 2020 06:46:23 PM