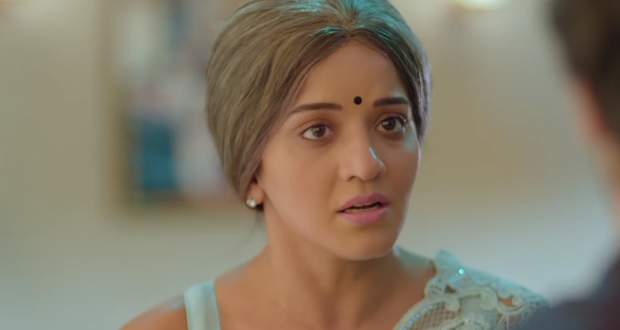 Pari then jumps backward and climbs the wall. At the same time, Ansh comes at Nishant’s house to search for Piya.

Ansh rings the doorbell but gets a call from Vedashree who wants her to return home. She further tells Ansh that Piya has married again and has a daughter.

Ansh hides and decides not to meet Piya while Pari jumps off the balcony to save a photograph from falling. She later meets Adi and agrees to help him against Urvashi.

Piya sees her earring hanging on the plant and immediately thinks about memories with Ansh. She sees Ansh driving off in his car from the balcony.

Meanwhile, Nishant and Saavi decide to ask from the first Ikaayan about the black power attacking the Rathods. The Ikaayan shows them some powers of Bhasmika.

They get trapped in the cave with Ikaayan. At the same time, Vedashree wants Ansh to get married and move on with his life.

Mohana also tries to manipulate Ansh in getting married to Urvashi.