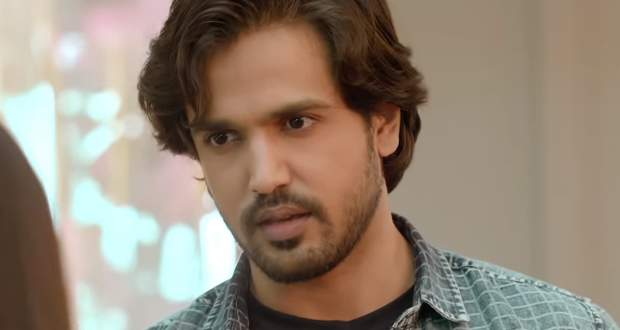 Today's Nazar 24 Jan episode starts with Nishant getting worried about Ayush going missing. Rathods are about to go search for him while Ayush arrives at the same time.

Piya enquires if some smoke entered him while he lies. Later, Ansh and Piya get romantic while Piya hears a noise. Meanwhile, Ayush creates a magical maze and traps Pari in it.

Pari gets scared and calls for Piya while Piya feels it and rushes to see her. They find Pari sleeping and Piya thinks she must have had a nightmare.

Vedashree also feels tired and sleeps on a chair. Meanwhile, Ansh tries to wake up Pari and Adi but fails. Ansh and Piya get suspicious as they find Vedashree fast asleep.

Vedashree also reaches the maze and at the same time, they all arrive in a maze but are not able to meet each other.

Ayush also acts of being asleep so that they don’t doubt him. Elsewhere, Pari meets Mohana and is scared. Ansh and Piya find handprints on Pari’s hands.

Naman finds Sanam missing from the frame and finds her with Dafli. He tries to console Sanam in staying on earth while Sanam can’t stay.

The Rathods are confused as they can all see Mohana in front of them. Adi and Pari try to use their powers but fail. Elsewhere, Sanam decides to leave and wants Naman to move on. Sanam also removes Chudail bangle and turns Naman into a human.