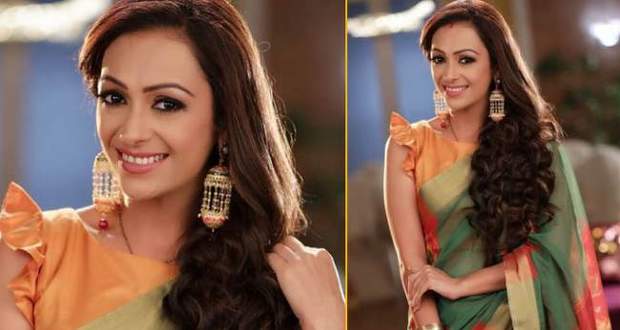 Today's Nazar 24 Jun episode starts with Ansh forcing Piya to take rest. As Piya lies down in the bed, the chandelier begins to fall down. Ansh saves Piya from getting injured.

Piya accuses Vedashri of sabotaging the chandelier. Vedashri says Piya is mistaking her to be the culprit.

Piya says she feels that Vedashri is under the spell of Mohanna’s blood bond. Piya tries to convince Ansh but he fails to trust her.

Piya goes missing from the birthday party. Vedashri tells Ansh that she feels that Piya wants to live in a nuclear family.

Piya meets Nishant and tells her that she has a strong feeling that the blood bond between Mohanna and Vedashri has developed again.

Vedashri holds a dagger close to Adi. Piya sees his and takes away Adi from her hands. She tells Ansh that Vedashri was about to kill Adi.

Nishant calms down Piya and advises her to handle everything maturely. Nobody in the family trusts Piya. Piya fails to prove her point in front of the family members.

Ansh shows trust in Piya when she says that Mohanna and Vedashri are still connected. They decide to conduct a test.