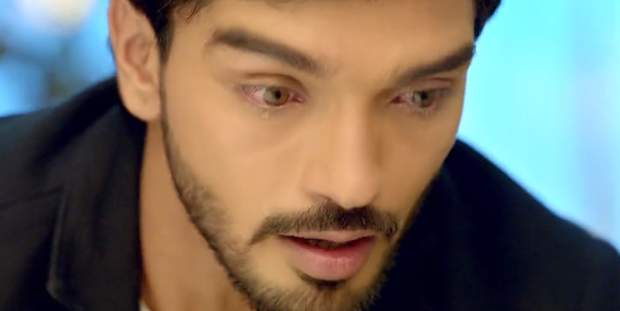 Today's Nazar 26 Jun episode starts with Piya seeing the green floor and realising that Taral Agni Bhasam is spread in the whole house.

Piya sees Vedashree spreading the powder and fears if she puts water on the powder, the whole house will be set on fire.

Piya turns the water into ice.

Piya accidently drops Vedashree off the roof. Piya tries to save her but Panna sent by Mohana fails her with the help of coins.

Vedashree falls on the floor. Ansh comes there and flies her to the top.

Everybody blames Piya and Ansh says he is taking her to the hospital.

Panna tells Mohana she did as she said.

In the hospital, Doctor tells they can’t say anything about saving Vedashree.

Mohana is seen disguising as a nurse.

Ansh also gets angry at Piya but she says she tried to save her but Mohana must have done something.

Ansh tells Piya her way of doing things is wrong. Piya says this is what Mohana wanted.

Ansh tells Piya that if anything happens to his mother, their relation will not remain the same.

Naman and Sanam hear Guru Maa talking to someone but find no one in the room.

Amma tells them she was talking on phone but Naman gets suspicious as phone is lying away from her.

Sanam sees someone in the room and says there is a fourth person in the house.

Amma locks the door before they can open it and tells there are rats in the room.