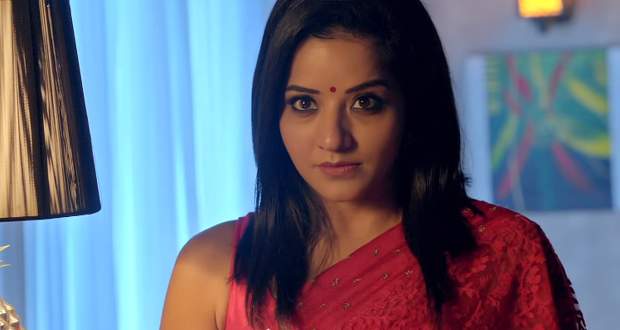 Today's Nazar 27 Dec episode starts with Ansh introducing everyone with various weapons. Piya also decides to use turmeric to see his footprints.

They spread the turmeric powder everywhere in the house. Meanwhile, Saavi gets scared of Mohana and confronts Naman. She also says that Mohana tried to hypnotize her.

Nishant is held at gunpoint by Abhay who asks him to reveal the truth. Elsewhere, Rathods are alert and prepared to attack Adrishya.

Piya and other Rathods can feel Adrishya’s presence and get attacked by him later. Meanwhile, Nishant reveals the truth about Adrishya.

He reveals that Adrishya was a threat to humankind and he makes him sleep with the help of a crystal. Nishant wants to go and help Piya.

Adrishya continues to attack the Rathods while later they attack him with weapons. Piya gets a call from Nishant and learns that Adrishya gets more powerful when attacked.

They all witness the weapons going invisible with him and get shocked. At the same time, Naman wants Saavi to stay with him for the night for Dhafli.

Adrishya gets more powerful and attacks with full force. Meanwhile, Nishant is hypnotized by Mohana who makes her take the Pran Pyala and bring in Bandaap.

Rathods hide in the room but Adrishya breaks open the door. Later, Saavi finds Naman with the Pran Pyala.