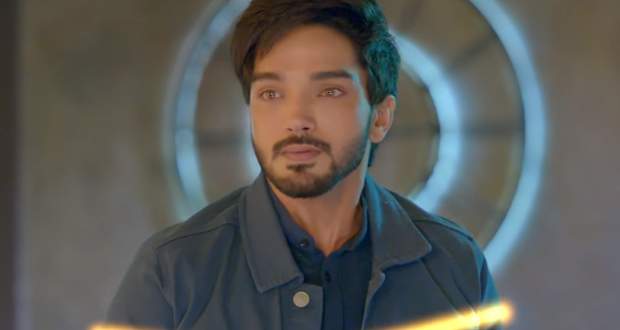 Today's Nazar 27 Nov episode starts with Piya stopping the fight between Adi and Pari. Ansh gets mad at Piya for stopping them as he was having fun.

It is revealed that Ansh asked Adi and Pari to help him in his plan. Meanwhile, Sanam finds Naman in a cave tied up. Mohana arrives and reveals she has kidnapped Naman.

Mohana asks Sanam to do something for her to save her husband. Sanam lies to Nishant and later Piya confronts Nishant about Ansh’s behavior.

Ansh acts of threatening to kill Adi while Rathods try to stop him. He throws Adi off the terrace while Pari saves him using his braid.

Piya and others try to wake Adi up while later Ansh talks in a rude way with Vedashree. Ansh decides to leave the house while later he is stopped by Nishant.

Ansh is tied with chains in a room where Piya traps him in a magical circle. Piya wants Ansh to reveal the truth and is adamant to stop him.

Ansh confronts Piya about Vansh Bhandak information given by Ansh. Piya knows Ansh picked up Nishant’s phone and that’s why he is doing the drama.

© Copyright tellybest.com, 2018, 2019, 2020. All Rights Reserved. Unauthorized use and/or duplication of this material without written permission from tellybest.com is strictly prohibited.
Cached Saved on: Friday 2nd of October 2020 12:21:57 AM