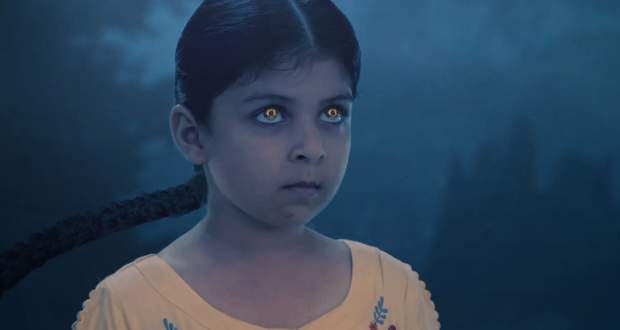 Piya uses some liquid to help Adi get free from objects he is holding. Meanwhile, Nishant reaches to find the egg absorbing the energy of all creatures.

Mohana distracts Nishant and takes the egg. At the same time, Piya is worried about Pari behaving weirdly.

Mohana talks about someone ancient returning and the egg opening at the right time. She calls Pari for help to enter the Pataal Ketki waterfall.

Piya and Ansh try to stop Pari but she is adamant to go to Mohana. At the same time, Adi comes to stop his sister and holds her hand.

Mohana decides to enter the Pataal Ketki waterfall on her own even if it hurts her. Later, Naman tries to wake Sanam up and Nishant deduces she is still alive.

Meanwhile, Piya and Ansh try to deduce the way to find the reality of egg. Shekhar says only Mohana can help them as she is a Daayan.

He further reveals that Mohana has escaped Bandaap temple. They also deduce that Pari has helped Mohana in escaping.

Nishant finds something in the book and asks Saavi to get ready. Meanwhile, Ansh also has some plan to help Pari.

Upcoming Nazar episode update: Some dangerous creature will get introduced by Mohana.

© Copyright tellybest.com, 2018 & 2019. All Rights Reserved. Unauthorized use and/or duplication of this material without written permission from tellybest.com is strictly prohibited.
Cached Saved on: Thursday 30th of January 2020 03:44:57 PMCached Disp on: Tuesday 18th of February 2020 04:34:09 AM