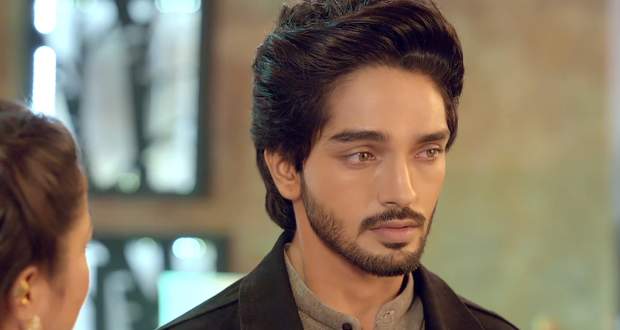 Today's Nazar 28 Aug episode starts with Ansh and Piya sharing an emotional reunion. They start crying and share a hug. It all turns out to be a dream and their real meeting is more distant and cold.

Piya gets to know that Ansh thinks she is married to someone else. Ansh doesn’t let her give any explanation while Piya also gives up thinking Ansh is also engaged.

Piya decides to lie about her husband and Ansh also disguises that he is happy. Meanwhile, Pari and Adi plan to reunite their parents.

Mohana is suspicious of Adi being with someone on the terrace. Later, Piya and Ansh both take out their frustration on their kids.

Vedashree confronts Ansh about being ready to get married to Urvashi or not. Ansh says he will marry Urvashi and that too within a week.

Meanwhile, Piya tells Nishant that she has agreed to do a job in Delhi. Pari also overhears their conversation.

Ansh says he wants Piya to stay away from Adi and that Mohana is right. Adi listens to their conversation and gets shocked.

Shekhar and Vedashree inform Urvashi that Ansh wants to marry her within a week.

Later, Ansh continues to think Piya left him and Adi for her powers. Vedashree enquires if Ansh is sure about the marriage and Ansh says he will not change his decision.

Upcoming Nazar episode update: Pari tells Adi that they are shifting to Delhi while Adi tells her that Ansh has agreed to marry Urvashi.