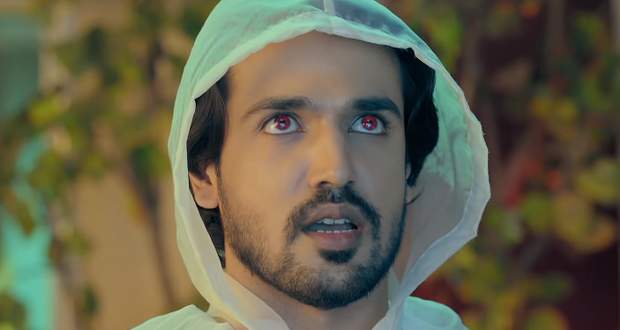 Today's Nazar 28 Jan episode starts with Ayush chanting some Mantras. He does some magic and Rathods get invisible. Nishant gets really worried while Rathods are stuck in the Swapnalok.

Mohana takes them to a ship and wishes to send them to the moon. Meanwhile, Ayush has taken the bodies of Rathods on the terrace and creates a blue fire around them.

Mohana declares that the ship is bound to leave for the moon and they can’t return back. Piya tries to use her powers but fails.

Ansh finds the same bottle and everyone asks him to open it. Nishant finds the bottle with him glowing and tries to reach it. Ansh finds it glowing but doesn’t know what to do with it.

Nishant opens the bottle and reveals to the Rathods that they are present in the Swapnalok. Ayush arrives at the same time and breaks the bottle.

Rathods realize that they slept and reached Swapnalok. Meanwhile, Nishant sets himself free and decides to extinguish the fire.

Ansh uses his imagination and gets his wings to get back down on the ground. They later find Ayush with Mohana who is now the king of black powers.

Upcoming Nazar episode update: Piya and other Rathods are about to board the ship when a bright light stops them.