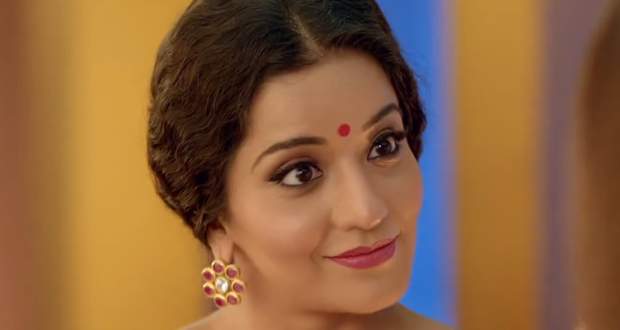 Everybody wonder why Piya is behaving in that way.

Vedashree feels bad for Piya as she has gone through a lot to save their family from evil.

She says Piya also have the right to get angry.

Piya enquires from Nishant if he got any information.

Nishant tells her daayan can take out someone’s energy from their body but he is not sure where she keeps it.

Piya knows she has to do what Mohana says till they get Vedashree’s energy back.

Piya looks at Ansh with love for a second but changes her demeanour ones she realises what Mohana said.

Ansh wants Piya to give medicines to Vedashree.

At the same time, Mohana comes and tells Piya she is not doing as she said.

Mohana tells Piya she has to leave within four days to save her life.

Piya promises she will be thrown out within four days.

Piya’s behaviour again upsets Ansh. He tells her he will take care of his mother.

Piya breaks down after Ansh leaves.

Sanam learns from Naman that they are going to Paris. Mausi gets surprised.

Naman clears that the Paris he is talking about is in Himachal.

Sanam says she can’t go the next day as she has some work to do.

Saavi and Nishant watch Mohana from their car with the energy cup.

Sanam sees Mausi throwing her medicines in the dustbin.

She confronts Mausi about not taking medicine. She warns her that she is watching her.

© Copyright tellybest.com, 2018 & 2019. All Rights Reserved. Unauthorized use and/or duplication of this material without written permission from tellybest.com is strictly prohibited.
Cached Saved on: Saturday 18th of January 2020 06:39:09 AMCached Disp on: Wednesday 22nd of January 2020 07:50:45 AM