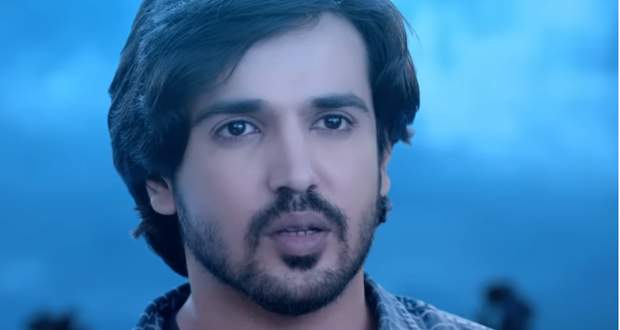 Today's Nazar 29 Jan episode starts with Piya and Ansh deciding to do as Ayush wants. Pari wishes to hug Ayush for one last time while Ansh and Piya thank Ayush for saving their life.

The whole Rathod family hold each other’s hands and approach to board the ship. At the same time, Ayush has a change of heart and decides to go to the moon alone.

He decides to take Mohana along with him. Meanwhile, Nishant and Saavi try to save Rathods from moon fire. At the same time, Naman arrives and wishes to go in the fire.

Ayush sends the Rathods back in real life while Naman successfully saves their bodies from the fire. Ayush gets on the moon while Mohana jumps off the ship.

Dafli gets invisible and reaches in Saavi’s room. Elsewhere, Pari and Adi miss their Ayush uncle and say goodbye to him. Later, Ansh and Piya get suspicious about Saavi and Naman’s relation.

Mohana is found by some doctors who act childish. She reveals everything to the doctors and tries to kill the doctor but fails. The doctors think that she is mentally unstable.

Piya suggests that Naman and Saavi should get together while Ansh wants to give them space and let them realize on their own.

Piya and Ansh share some romantic moments and relive their old moments. Later, Ansh and Piya wish to take Saavi and Naman for visiting a house they want to buy.

Upcoming Nazar episode update: Mohana gets out of control in the hospital without her powers.