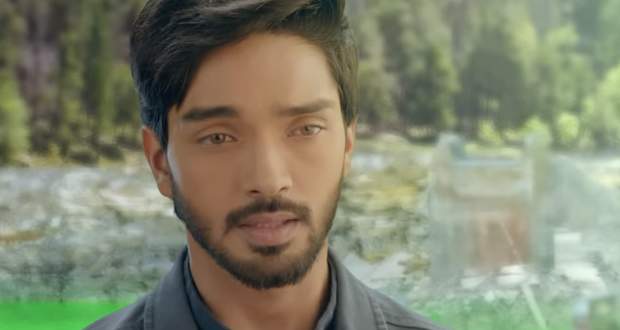 Today's Nazar 29 Nov episode starts with Ansh arriving at Mohana’s place through window. He asks for Angad’s body from the Daayan tree and takes it with her.

Sanam reveals that she stole the Trikon Dhaatu as Mohana threatened to kill Naman. Meanwhile, Adi and Pari don’t tell anything to Piya as they have promised Ansh.

Pari indirectly tells Piya that Ansh has gone to Pataal Jheel. At the same time, Ansh reaches Pataal Jheel and Mohana follows him.

Ansh reveals that it was his trap to bring Mohana there. Mohana says he is also unable to fly away as he removed his wings.

Meanwhile, Naman reveals in front of Nishant that Angad was not innocent. He reveals that he learned that Angad was 500 years old and wanted to kill Mohana.

Ansh and Mohana discuss Angad’s death while Mohana tells some weird story to Ansh. Later, Piya and Nishant along with others arrive at Pataal Jheel.

Sanam reveals that Mohana is going to kill Pari and not Ansh. Naman says they can stop the Trikon Dhaatu by using a magnet while Nishant makes a Raksha Kawach.

Mohana fires the Trikon Dhaatu to kill Pari while everyone else tries to protect her. Ansh decides to kill himself to get away from Jheel.

Upcoming Nazar episode update: Ansh kills himself and falls in the Pataal Jheel.