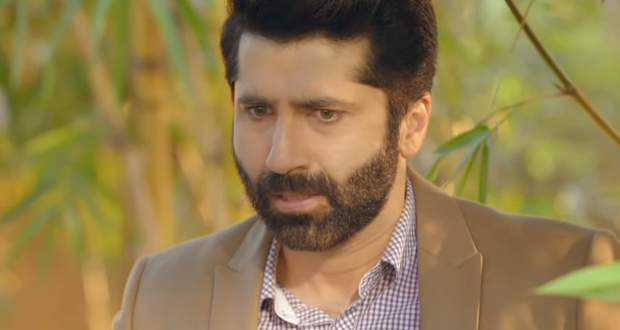 Piya seeks help from Nishant while he tells him to play nursery rhymes to calm him. At the same time, Saavi learns from CCTV footage that Mohana’s part of the soul is out of the Pran Pyala.

Nishant lets the pearl charge but later Abhay takes the pearl. Meanwhile, Ansh and Piya find a way to control Adirshi while Abhay refuses to give the pearl to Nishant and ties him to a tree.

Piya and Ansh decide to decrease the temperature of the room so that Adrishi feels cold and wears warm clothes so that they can see him.

Adi tries to give the jacket to Adrishi but his hand gets stuck. Rathods decide to leave the house to get saved from Adrishi. Meanwhile, Saavi realizes Naman is about to release Mohana and rushes to stop him.

The music stops and Adrishi again tries to attack the Rathods. He is stopped by Nishant while he is upset with Nishant.

He accuses Nishant while Nishant requests him to take his revenge from him. At the same time, Abhay arrives with a Nidra Dhwani Moti bullet to kill Adrishi.

Saavi breaks Mohana’s spell on Naman. Later, Nishant declares that he won’t let anyone attack Adrishi as he is his son.

© Copyright tellybest.com, 2018 & 2019. All Rights Reserved. Unauthorized use and/or duplication of this material without written permission from tellybest.com is strictly prohibited.
Cached Saved on: Monday 6th of April 2020 08:55:56 PM