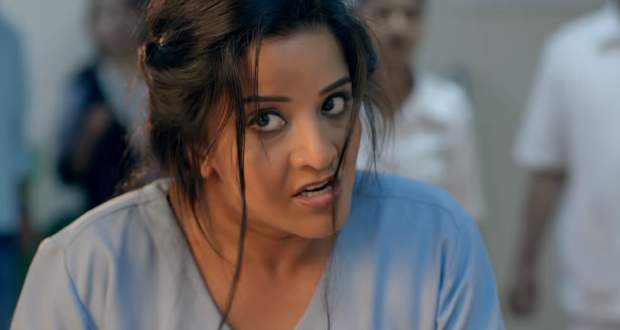 Today's Nazar 30 Jan episode starts with Piya trying to bring Naman and Saavi close. She makes them sit together in the backseat. Meanwhile, Rathods continue to play with Dafli.

Ansh stops the car in the middle of the jungle and reveals that the coolant is finished. They ask Naman and Saavi to go get coolant.

Saavi and Naman fight in the jungle about agreeing to go for a trip. Meanwhile, Piya thinks that Naman and Saavi’s relation will transform into the jungle.

Naman finds human bones and skulls in the jungle. Elsewhere, Mohana creates a scene in the hospital and asks the doctor to give her powers back.

Pari and Adi play hide and seek with Dafli and ask her to disappear. Meanwhile, Naman and Saavi are attacked by some creatures.

One of them disappears and asks for a lift from Ansh and Piya. Later, Mohana tries to prove her powers by calling Daayan Tree but still fails.

She further refuses to eat medicine and attacks the doctor with scissors. The doctor later finds some roots on the floor of his room.

Piya and Ansh start talking to the creature while later find him missing from the backseat. They are attacked by the monster later while Rathods and Nishant start searching for Dafli.

Upcoming Nazar episode update: Ansh and Piya are attacked by Van Betaals who ask them to choose their fate.