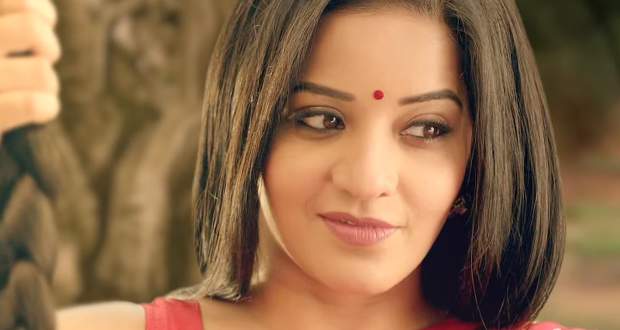 Today's Nazar 3 Jan episode starts with Ansh stopping Barkha Kumari from going. Barkha doesn’t want to stay while Abhay arrives and points a gun at her.

The Rathods console Barkha Kumari while they also try to convince Abhay. Abhay decides to withdraw the test and is ready to leave.

Meanwhile, Adi and Pari attack Barkha Kumari thinking that she is their Mohana Daadi. They decide to tell everything to Barkha.

Nishant is upset to lock Adrishi in a box while later he learns that Mohana has escaped Bandaap. Nishant is ready to help Saavi and Naman in finding Mohana.

Mohana threatens Dafli and wants her to search for her braid. Elsewhere, Barkha tries to contemplate what Rathods have told her.

Piya and Ansh start fighting over past things while Barkha wants them to stop and asks when she can join. At the same time, Nishant learns that Mohana has already taken her braid.

Mohana is about to use Dafli for attaching the braid as well. Meanwhile, Naman is really upset about his daughter and is angry at Mohana.

Piya is out for two days for some work and has taken full responsibility for Adi and Pari. She has gone to apply for higher studies at the university.

Barkha is up to something and says that everything is ready. At the same time, Naman finds Dafli back in her room while Mohana reveals that she is not real Dafli. Naman traps Mohana in the Chudail Raakh Chakra.