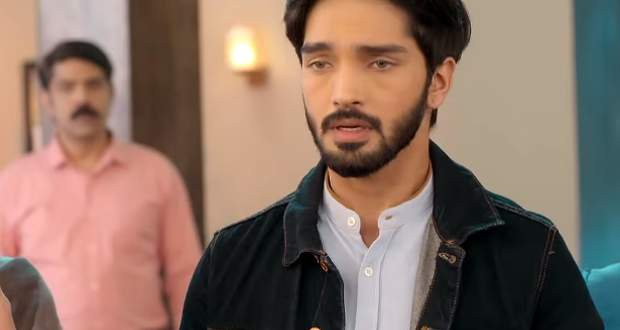 Today's Nazar 5 Feb episode starts with Mohana introducing Ansh to a girl named Vidya and her family. She wishes to get him married while Ansh gets worried.

Ansh wishes to reveal the truth to Mohana about Piya. Later, Ansh finds Vidya trapped in plants and learns that it is done by Piya. She acts obsessively and wishes to kill Vidya.

Meanwhile, Naman is jealous to see Saavi with a boy. Saavi reveals that she will go to the US with the boy while Naman gets upset with her declaration.

Rathods are upset and don’t know how to handle both Piya and Mohana. Later, Nishant receives a plant from an ant because of which Piya is infected.

Mohana reveals that she has invited their neighbors in their house to talk about Ansh’s marriage. Meanwhile, Ansh tries to take Piya in their room while Piya feels powerful and her eyes turn green.

Piya mocks Ansh for getting scared of Mohana. Elsewhere, Nishant is shocked to see the part of the plant trying to burn the Daayan Rahasya.

He reads something about Visharika in the book. Later, Mohana had seen a girl in Ansh’s room and thinks he feels lonely. She reveals that she has organized a Swayam Vadhu function for Ansh.

© Copyright tellybest.com, 2018 & 2019. All Rights Reserved. Unauthorized use and/or duplication of this material without written permission from tellybest.com is strictly prohibited.
Cached Saved on: Monday 30th of March 2020 02:33:23 AM