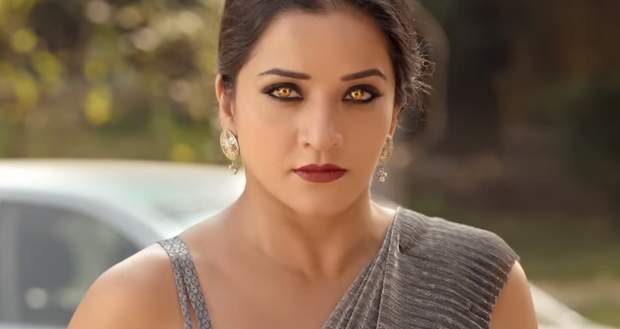 Today's Nazar 6 Dec episode starts with Ansh and Piya entering Mohana’s house to find the truth. They are unable to find Mohana or Pari in the house.

Piya deduces that Mohana must have kept Pari’s soul in Pran Pyala. Mohana arrives and takes the Pran Pyala while Piya and Ansh decide to fight her.

Nishant says they have time till full moon as Pari’s body cannot be saved after that. Meanwhile, Mohana is still angry at Ansh for killing Angad while Piya and Ansh want Pari’s Pran Pyala.

Piya and Ansh fight with Mohana and take the Pran Pyala of Pari. Later, Nishant says the Neel Heem is getting red and they don’t have much time.

Ansh and Piya bring the Pran Pyala but Piya asks Ansh not to put it in Pari. Meanwhile, Mohana reveals the Pran Pyala is fake and is again attacked by the Sarp family.

Piya says Mohana couldn’t have given the Pran Pyala that easily. Nobody believes Piya while Saavi puts the ingredients of Pran Pyaala in Pari’s box.

The Neel Heem turns red faster and Piya’s doubt turns outright. Mohana arrives and Piya requests her to give the Pran Pyala. The Sarp Vansh deduces that Pran Pyala is very important for Mohana.

Upcoming Nazar episode update: Mohana refuses to give Pari’s life back while Ansh confronts her.

© Copyright tellybest.com, 2018 & 2019. All Rights Reserved. Unauthorized use and/or duplication of this material without written permission from tellybest.com is strictly prohibited.
Cached Saved on: Sunday 19th of January 2020 02:16:55 PM