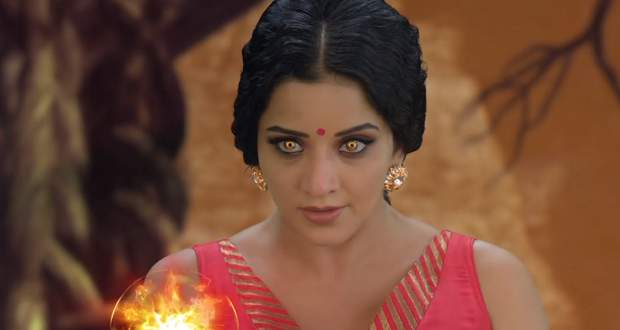 Today's Nazar 7 Aug episode starts with Piya getting attacked by fairies. She attacks back the fairies and at the same time, Ansh arrives. He accuses Piya of taking back her powers.

The fairy also tells Ansh that she has taken all the powers which make him further misunderstand Piya. He later accuses her of killing Makshika fairy.

He says her powers are a threat to his family. Piya tries to stop him and uses her powers unknowingly.

Ansh calls her a person who is hungry for powers. Piya decides to leave the house to save his family. The family members try to stop her from leaving.

Naman saves his wife and decides to wait for her. At the same time, Piya comes to seek help from Guru Maa. She tells her about not losing her powers.

Piya feels dizzy and Guru Maa tells her the powers residing inside her does not belong to her. Piya decides to tell the truth to Ansh but he is not ready to listen to her.

Piya later thinks that her powers are of her unborn child which she can’t snatch away.

Mohana has taken powers of Piya and Ansh and decides to create a powerful evil soul which can’t be beaten by anyone.

She mixes the powers of Piya, Ansh and the remains of evil powers who died in the war. This gives birth to a new power Bhasmika.

© Copyright tellybest.com, 2018 & 2019. All Rights Reserved. Unauthorized use and/or duplication of this material without written permission from tellybest.com is strictly prohibited.
Cached Saved on: Wednesday 8th of July 2020 12:31:49 PM