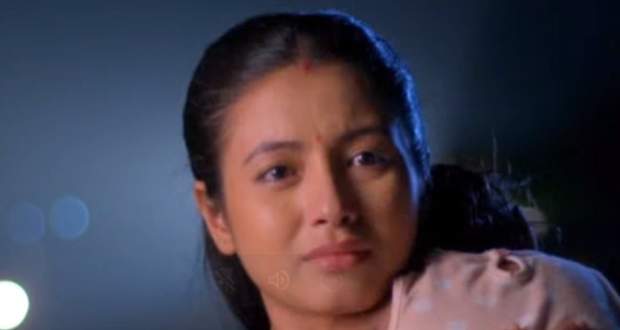 On the other hand, Manya goes to Dinesh's mom's bathroom and at the same time, Dinesh's mom also enters there. Accidentally, the door hits Manya's head and she falls unconscious. Dinesh and his mother scold Dinesh's wife for hiding Manya at their house.

Further, they decide to take Manya to the hospital.

At Suresh's house, Tulika and Sunita fight over who'll go to fill water. Suresh comes there and tells that he'll do the work if both of them don't want to do it.

Meanwhile, Nima goes to the police station where an officer suggests she should check for Manya in a nearby hospital. Nima hopes that her daughter is fine and leaves from there.

Dinesh's wife offers Nima to work at her place as a maid and Nima accepts the offer. Nima goes to meet Sarla with Manya and everyone get happy seeing her.