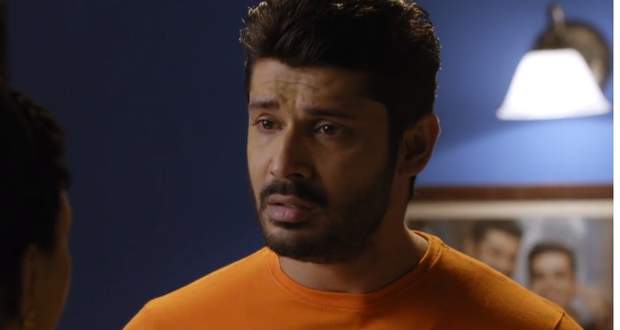 Today's Nimki Mukhiya 24 Jun episode starts with Babbu Singh shouting at Rituraj. He tells Rituraj how he dare think of raping his sister.

Rituraj tries to remind him not to cross his limit and that his father won’t like this.

Babbu calls everyone in the living room and starts hitting Rituraj in front of everyone.

Tehatar Singh enquires about the situation from Babbu.

Babbu tells his father that Rituraj abused his sister.

His father tells him to leave Rituraj alone.

Anaro tells his son to sit and be quite but Babbu Singh still shouts about the whole situation.

Babbu Singh announces that Rituraj can’t live in the house. His father tells him it’s not his call.

Babbu stop his father with his hand on his father’s chest.

Sweety says their father is telling the truth and reminds him that he did the same with Nimki.

Sweety tells Babbu that every day she gets raped after her marriage.

Meanwhile, Nimki wonders if it is a boy or a girl she is carrying.

Nimki demands she wants to name her baby.

Babbu Singh accuses his mother of not taking care of her daughter.

Anaro tells Babbu Singh that he is also a result of marital rape.