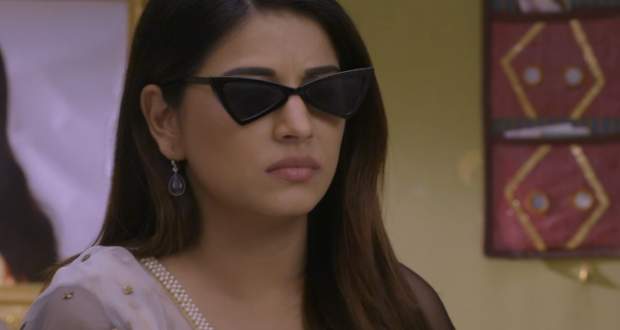 Today's Nimki Vidhayak 11 Jan episode starts with Nimki being positive about bringing Mahua safe. Tunay shows a photograph of the bus number and Nimki says she knows the name of the driver.

At the same time, Mintu arrives and gets mad at Nimki. He is mad at Anaro’s actions but Abhimanyu tells him about Mahua.

He offers to help but Nimki asks him to take care of Anaro. Meanwhile, Parag is worried about the list of ministers while Ganga Devi is choosing Saree for herself.

Mishra wishes to talk to Ganga Devi alone and talks about the girls getting suspicious of their program is fake. Ganga Devi asks him to take care of small matters on his own.

Parag wishes to add Nimki’s name on the list while Ganga Devi doesn’t trust her. Mishra gets to know that someone is inquiring about the bus driver.

One of the girls tries to kill herself while Mahua stops her. Meanwhile, Nimki reaches the house of the bus driver and finds out that he got killed by some goons.

Abhimanyu learns that Mahua had called from Barmi location. Later, Abhimanyu and Nimki decide to go to Barmi in West Bengal. Meanwhile, Nimki promises to her father that she will bring Nimki.

The written episode of Nimki Vidhayak serial upcoming updates: Nimki reaches Barmi while Mahua is shot by the dealers.