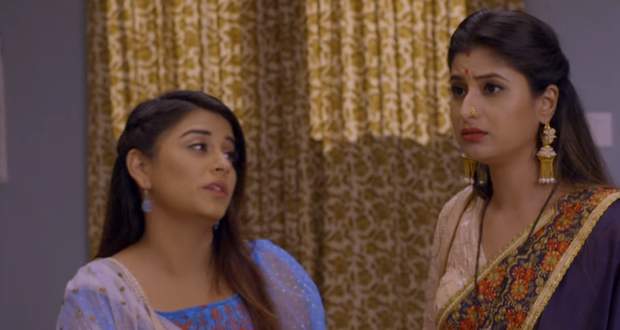 Today's Nimki Vidhayak 14 Dec episode starts with Nimki receiving a call from Daadi and is asked to go there. She has to leave while Sweety doesn’t want her to take full responsibility for Anaro.

She wants her to send Anaro back in the hospital while Mahua is sure Nimki’s work is important. Later, Daadi gets hyper and doesn’t want her to keep Anaro in the house.

Mintu takes Anaro’s side and Nimki says Rekha will take care of Anaro. Mintu doesn’t like Daadi talking ill against Anaro and shouts at her.

Daadi gets hurt and thinks Mintu will get away from her. Mintu assures her that she will always remain a part of his life.

At the same time, Rekha arrives at Mintu’s house and greets Nimki. She gets shocked to see Mintu as he looks exactly like Babbu.

Ganga Devi is trying to use the women’s matter while Parag is impressed with Nimki’s speech. Meanwhile, Rekha is scared of Mintu while Nimki fools her.

Nimki orders Mintu to make tea while Ganga Devi wants Parag to call Nimki and enquire about Mahua. He calls Nimki but she shows attitude to him.

The written episode of Nimki Vidhayak serial upcoming updates: Anaro blames Nimki for not getting pregnant while later she meets Parag.

© Copyright tellybest.com, 2018 & 2019. All Rights Reserved. Unauthorized use and/or duplication of this material without written permission from tellybest.com is strictly prohibited.
Cached Saved on: Wednesday 8th of April 2020 09:07:05 PM