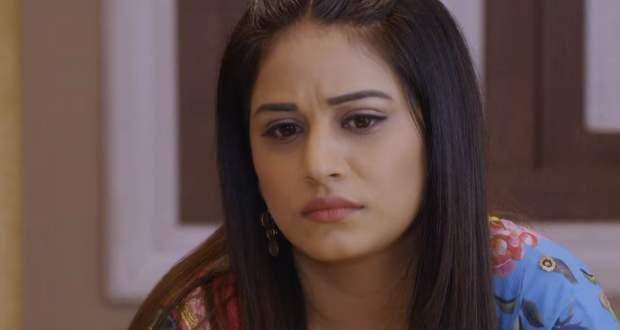 Today's Nimki Vidhayak 18 Jan episode starts with Ganga Devi asking Nimki what she has to find out. She offers to help Nimki regarding her sister and asks about Mahua’s problem.

Nimki explains everything and Ganga Devi acts innocent. Ganga Devi asks about Mahua’s wellbeing and also asks if she has found the people behind the whole scandal.

She asks if politicians are involved while Nimki says the people arrested are not telling about their boss. Ganga Devi tries to find out if she has learned anything.

Mahua asks Nimki to go for the meeting so that she gets a good position. Later, Mintu calls Nimki and tells her about Dadi returning.

Mintu further asks if she is fine while Nimki is confused. Further, at the meeting, all the politicians propose their positions while Ganga Devi is having a headache.

Later, Nimki discovers that she heard the same voice on phone as Mishra Ji’s coughing voice. She wonders if Mishra is Bhaiya Ji.

Elsewhere, Anaro creates havoc in the house and Mintu tries to calm her down. Later, Shukla Ji says that he will spoil her name as well in the scandal.

Nimki wishes to tell Ganga Devi about Mishra Ji but hears the voice of the clock which she heard over the phone. Nimki stops herself from saying anything as she is suspicious of Ganga Devi ask well.

Nimki reveals in front of Abhimanyu and others that Ganga Devi is behind sending the girls to Bangladesh.

The written episode of Nimki Vidhayak serial upcoming updates: Nimki dreams about Ganga Devi being in her room.

© Copyright tellybest.com, 2018 & 2019. All Rights Reserved. Unauthorized use and/or duplication of this material without written permission from tellybest.com is strictly prohibited.
Cached Saved on: Thursday 30th of January 2020 04:36:55 PMCached Disp on: Monday 17th of February 2020 11:29:41 AM