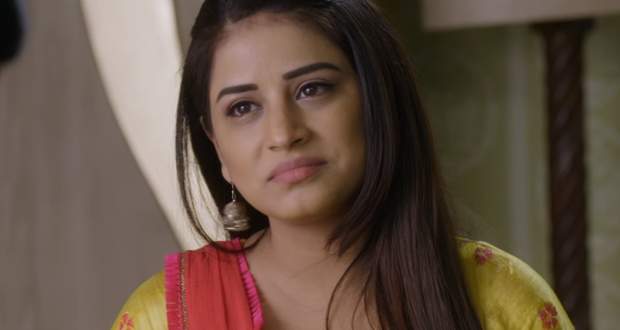 Today's Nimki Vidhayak 25 Jan episode starts with Ganga Devi calling out for Surekha to help her. At the same time, Nimki arrives in her room and asks her to call the doctor.

Ganga Devi accuses Nimki of taking away her position. Nimki concentrates on the stain instead of her declaration. She says she was a big fan of her.

She further says that she can now see her true reality. She also reveals that she knows everything about spoiling the lives of innocent girls.

Nimki doesn’t want her to become chief minister while Ganga Devi tries to prove her innocence. She also tries to prove that Mishra is behind the whole scandal.

Nimki also asks who is with her while Ganga Devi offers her big posts and property. Later, Ganga Devi gets angry and threatens to destroy her.

She also reveals that she killed her own husband. Ganga Devi wants her to leave the chair of CM while Nimki challenges her.

Meanwhile, Mahua is worried about Nimki while Abhimanyu is sure she will be fine. Nahar Singh arrives at the same time and is shocked to learn Nimki is becoming CM.

He is also worried that Ganga Devi will question him about not informing her. Elsewhere, Ganga Devi is sure Nimki wants to take revenge from her.

© Copyright tellybest.com, 2018 & 2019. All Rights Reserved. Unauthorized use and/or duplication of this material without written permission from tellybest.com is strictly prohibited.
Cached Saved on: Thursday 30th of January 2020 04:03:55 PMCached Disp on: Friday 21st of February 2020 11:52:48 AM