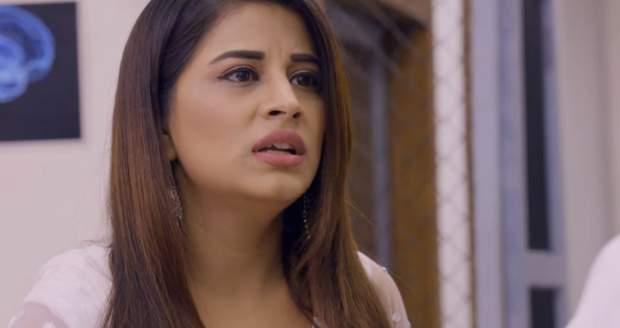 Today's Nimki Vidhayak 30 Nov episode starts with Nimki telling Mintu that his grandmother is fine and the operation went successful. Mintu hugs Nimki and thanks to her for the help.

Nimki gets away from him and rushes out of the room. Meanwhile, Ganga Devi takes the responsibility of Parag’s security for his big project.

Ganga Devi is not happy with party people arriving at her home. She further gets upset with Parag trying to take her place in politics.

Parag says he is just trying to be like her mother while Ganga Devi knows how to cut his wings. Later, Nimki comes to Anaro’s room and gets upset with her breaking the bulb.

Anaro asks about Babbu’s health while later asks her to spare his Babbu. Nimki tells the doctor that Anaro is able to remember everything.

She acts differently in front of the doctor which shocks Nimki. Meanwhile, Mahua finds Nimki missing from her room and later find her in the garden.

Later, Parag learns that no media has arrived for his press conference. Ganga Devi calls him and mocks him about his conference.

Nimki reveals in front of her family that she is thinking of bringing Anaro home.

The written episode of Nimki Vidhayak serial upcoming updates: Nimki says she has a relation with Anaro and is confused about her decision.

© Copyright tellybest.com, 2018 & 2019. All Rights Reserved. Unauthorized use and/or duplication of this material without written permission from tellybest.com is strictly prohibited.
Cached Saved on: Thursday 30th of January 2020 04:44:57 PMCached Disp on: Sunday 23rd of February 2020 07:28:47 AM