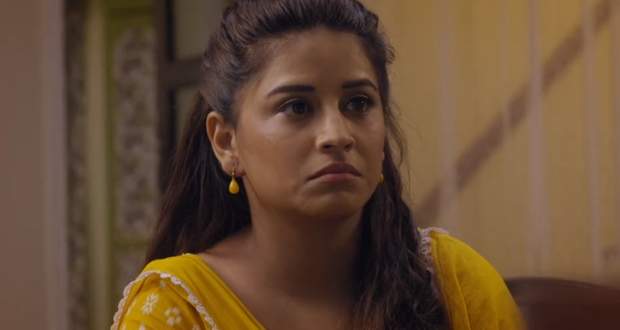 Today's Nimki Vidhayak 31 Aug episode starts with Nimki trying to console Omkar and telling him to relax. Omkar thinks Ganga Devi is behind the whole play.

He further says some Mintu Singh is the leader of the strike. He is also suspicious about his own team for being behind his chair.

Nimki is worried about Omkar’s threat and thinks about how she will be attacked. She decides to go home secretly.

Daadi instructs the boys to make food and decides to drink a cold drink in her trophy. Mintu tries to console his Daadi that he will not go in politics.

Mintu learns that Nimki is out of politics and gets disappointed. Daadi warns him to stay away from Nimki while Mintu wonders why she came.

BDO calls Nimki a joker which makes her angry. He shows her the news where she is being made fun off. Nimki gets sad to see the wrong interpretation of her actions.

Nimki also informs that Monu will get admission in a popular school. Later, she sees Ganga Devi’s news on TV.

The news reads that she is with school children and will discuss with the government. Nimki gets inspired by Ganga Devi’s style.

Ganga Devi is delighted to be back home and decides to cook herself. She further enquires about Nimki Vidhayak.

The written episode of Nimki Vidhayak serial upcoming updates: Mintu and his friends are in the same mall as Nimki and her family.