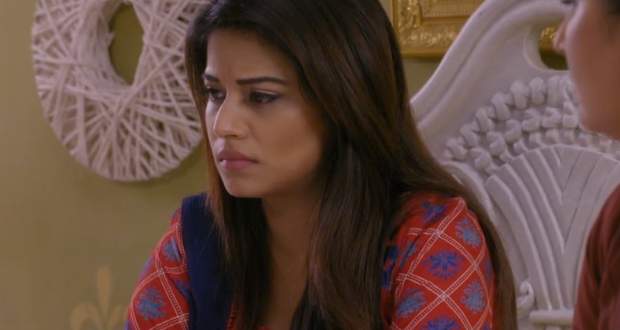 Nimki gets a call from the doctor saying Anaro is getting better because of Mintu Singh. The doctor further says Mintu Singh can cure Anaro.

Nimki gets worried about Mintu refusing to meet Anaro. Meanwhile, Ganga Devi decides to make food for everyone.

She further says she has lost so many people before reaching her present position. She also gets delighted with her plan being successful.

She asks to get independent Vidhayak’s list and wishes to talk to Nimki herself. She stops Parag from getting into Ranjan Shukla’s way.

Mintu gets angry at her Daadi for talking about dying and asks her to drink the juice. He also shows a food chart for Daadi and instructs her to take rest.

Chachi wants Nimki to share her pain while Nimki gets emotional. She tells everything to her and says Anaro is happy with Mintu’s presence.

Daadi wants Mintu to go for a movie with Tilu and Pichku. She asks Pichku’s mother to stay with her and take care of her.

The written episode of Nimki Vidhayak serial upcoming updates: Nimki shows the picture of Babbu Singh to Mintu and asks for help.

© Copyright tellybest.com, 2018 & 2019. All Rights Reserved. Unauthorized use and/or duplication of this material without written permission from tellybest.com is strictly prohibited.
Cached Saved on: Tuesday 4th of August 2020 10:10:57 PMCached Disp on: Thursday 6th of August 2020 04:16:48 PM