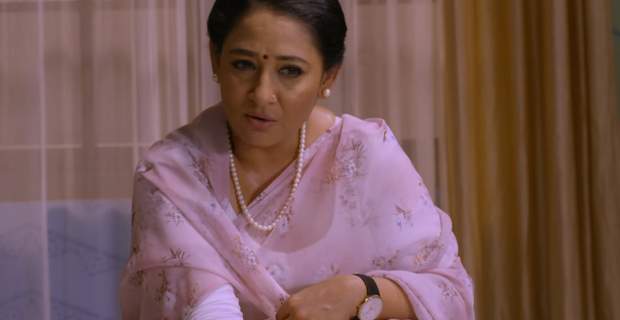 Today's Nimki Vidhayak 7 Dec episode starts with Nimki hearing the story of Daadi not being able to be Mintu’s mother. She is happy that Mintu is getting Anaro’s love as a mother.

Nimki scares Daadi by saying Anaro might kill her. Meanwhile, Anaro is happy to spend time with Mintu while Nimki remembers the past memories of Anaro.

Anaro gets angry when Nimki talks in a rude tone with Mintu. Mintu handles the situation but Anaro asks Nimki to treat Babbu nicely.

Parag has asked the servants to take out the seeds from watermelon. Later, Nimki is asked to come home soon by Tuney and Chachi.

Ganga Devi doesn’t want Parag to take out his anger on servants. Parag is upset with his insult and not being able to take revenge.

Ganga Devi asks him to bring the dustbin and knows he will remain restless until he takes revenge. She wishes to make a promise. She says she will remove all the people if he remains good in front of the media and people.

She further wants Parag to find out about the woman living in Mintu’s house. Later, Daadi asks Nimki to stay in their house until Anaro is there.

Nimki is compelled to stay as Anaro asks where she is going.

The written episode of Nimki Vidhayak serial upcoming updates: Nimki and Mintu get close to each other accidentally while Daadi witnesses the scene.

© Copyright tellybest.com, 2018 & 2019. All Rights Reserved. Unauthorized use and/or duplication of this material without written permission from tellybest.com is strictly prohibited.
Cached Saved on: Sunday 29th of March 2020 06:43:15 PM