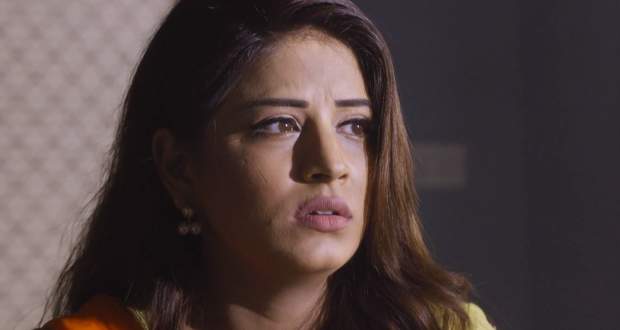 Today's Nimki Vidhayak 7 Sep episode starts with Nimki receiving a call stating Babbu is back. Ganga Devi returns in a wheelchair and meets his son Parag.

She later rejects his proposal of making a mall in the center of Patna. She also wants him to join politics. Parag also says he went to a party after visiting the hospital.

Meanwhile, the doctor does a full body check up on Mintu’s Dadi. Mintu sends Dadi outside and says he will come outside.

Parag gets angry with her mother and leaves in his car. At the same time, Dadi listens to Anaro shouting for Babbu and goes to see her.

Anaro sees Mintu and thinks it is Babbu. Nimki comes and thinks Mintu’s Dadi troubling Anaro. They both get into an argument.

Nimki meets Anaro and tries to console her. She says there is no Babbu but Anaro is positive she has seen him. Nimki wonders how she knows about their house being sold.

Anaro requests Nimki to let him meet Babbu and later she gets out of control.

Later, Mintu finds his Dadi eating fried food. Dadi tells him about some misbehaving girl aka Nimki. Mintu says they need such a girl in their life to get her head straight.

The written episode of Nimki Vidhayak serial upcoming updates: Anaro runs after Babbu aka Mintu and gets into an accident.