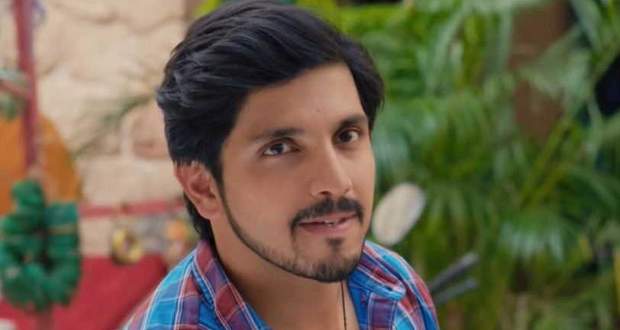 Today's Pandya Store 10th March 2022 episode starts with everybody getting frazzled when Shiva knocks at the door of Dhara’s room.

Dhara opens the door and shoos Shiva away from there saying she has a headache.

Shiva goes down into the verandah where Raavi is setting up dinner and ignores Shiva as suggested by Dhara.

Shiva gets irked by Raavi’s silence as he is used to her constant non-stop chatter.

Further on, at dinner, Krish, Gombi, Dev, and Rishita one by one leave the table with their food untouched making different excuses.

Suman notices the strange behavior of all for which she confronts Dhara later on.

Also, Suman brings up the topic of the bridal dress that Shiva had seen in his room bought by Raavi.

Dhara fumbles while answering, however, Gautam handles the situation, lying that the dress belongs to one of Raavi’s friends.

Suman suspects that something fishy is going on in the family which marks the arrival of a thunderstorm in near future.

Meanwhile, Dhara discusses the matter of dress with Raavi as she feels Suman still suspects her.

Therefore, to clear Suman’s doubts, Raavi deliberately calls Prafulla, in such a way that Suman can eavesdrop on her conversation.

As expected, Suman hears Raavi complaining to Prafulla about the bridal dress she had bought for her during her wedding. Raavi mentions that her friend Manisha has given Raavi, her bridal dress which clears Suman’s suspicion.

Having a victorious smile on her face, Raavi goes to Dhara’s room, informing her that Suman’s doubts have been taken care of.

On the other hand, Shiva looks for everyone in the house when he cannot find anyone in their rooms or verandah.

However, his eyes dart at Dhara’s room when everybody starts filling out of it.

On confrontation, Krish has almost blabbered the plan in front of Shiva, however, Dev and Gautam save the situation from getting out of hand.