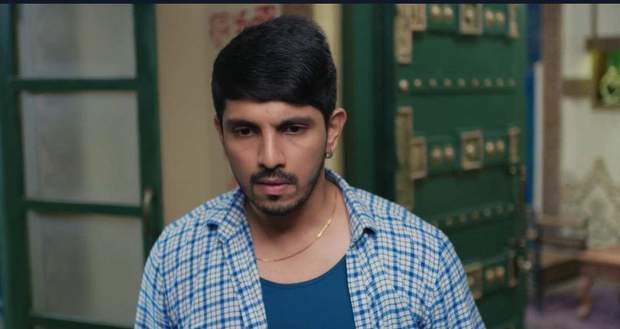 Meanwhile, the Pandya family is waiting for Raavi to have dinner while Rishita comments on it.

Just then, Raavi comes there and apologizes for being late while asking Shiva for a glass of water.

Suman and Shiva's expressions change as Dhara notices it and offers to bring the glass of water for Raavi.

However, Rishita stands up for Raavi and says that Shiva should not get angry just because his tired wife asked him for a glass of water.

Further, Shiva angrily brings the glass of water to Raavi while Suman stops him and tells Raavi that she has gotten logistical due to money.

Rishita tells Dhara that Suman is getting that her son has to do some work and asks Dhara if one day Chiku becomes her son, she would also react the same way with Chiku's daughter-in-law.

However, Dhara immediately refuses and says that she would never make a big deal out of her son helping his wife.

Back at Shweta's house, she sees Raavi's videos and gets emotional after seeing her son and feels conflicted.

She cries saying that she had no choice other than to leave the baby and tries to assure herself by saying that the baby is in good hands.

Back at Pandya house, Rishita gets angry at Suman's old-fashioned thinking and leaves there while Suman tells Raavi that she does not condone this behavior.

Back at Shweta's house, her mother comes and sees her crying as Shweta leaves for a walk.

However, her mother notices the necklace on the baby in the video and figures out that it is Shweta's baby.

Back at home, Dhara tells Gautam that she thinks something is going on between Shiva and Raavi for him to react aggressively.

Meanwhile, Raavi goes to her room and sees Shiva watching her videos.

She questions him and they both again get into an argument while she cries out of frustration.

They both bring out each other's mistakes and Raavi leaves saying that she's making tea and won't feel inferior by making it for him too.

However, Shiva refuses to drink tea made by her telling her that his ego will be bruised.

© Copyright tellybest.com, 2020, 2021. All Rights Reserved. Unauthorized use and/or duplication of any material from tellybest.com without written permission is strictly prohibited.
Cached Saved on: Sunday 2nd of October 2022 05:06:16 AMCached Disp on: Thursday 6th of October 2022 03:35:50 PM