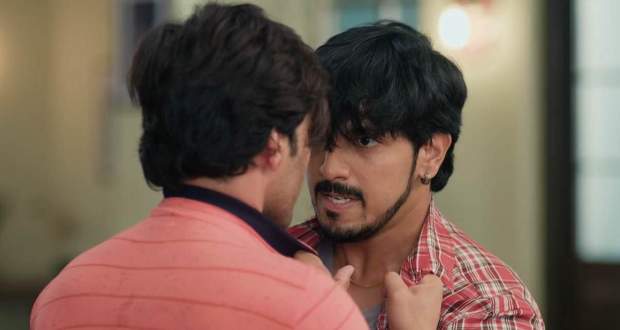 Dev says that she shouldn’t have insulted Shiva.

Rishita gets angry and starts fighting with him.

In the Pandya House, Raavi is worried about Shiva and Dhara consoles her.

Raavi asks Dhara the reason for Shiva stopping his education.

Dhara says that she and Gautam had tried stopping Shiva, but he refused to study.

She says that there is some reason behind his decision of which she is unaware.

Dev and Rishita argue, Dev says that Rishita was wrong.

He says that these issues will affect their relationship.

Rishita refuses to listen to him.

She says that Dhara is happy with her leaving the Pandya house and asks Dev to stop supporting her.

Suman informs him about Rishita insulting Shiva and leaving the house with Dev’s room locked.

Suman gets emotional and Gautam starts leaving to the Seth house.

Dhara stops him, Raavi tells them Shiva’s phone is switched off and they start searching for him.

They are unable to find him.

Gautam and Dhara go to the police station to file a complaint but it seemed useless.

Raavi goes back home and informs Suman that Shiva is missing and Suman starts blaming Rishita for Shiva's missing.

Later, Raavi goes to the Pandya store, she finds Shiva there.

Shiva lay in the store amidst his certificates and gets disappointed seeing them.

He says that he couldn’t study while Gautam worked hard alone.