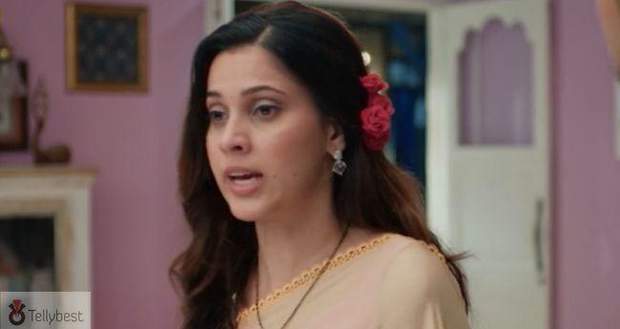 Today's Pandya Store 12th August 2022 episode starts with the whole family sitting to have breakfast while Shiva gets distracted looking at Raavi angrily.

Meanwhile, Shikha finds out that her parents have gone to Somnath and concludes that they are searching for her child.

At the same time, Gautam gets a call from the doctor who informs him that she found a letter from Chiku's mother's file.

The letter states that Chiku's mother wants to give the baby to the lady who brought her to the hospital, that is Dhara.

All the members of the Pandya family get happy as the doctor tells Gautam that they can adopt Chiku and tells him to take the letter from her.

Gautam informs Dhara that a social worker lady will come there to inspect the Pandya family if they are suitable enough to keep Chiku.

Furthermore, Rishita is scolding Dev as she can't find an outfit for the party while Raavi and Shiva are also arguing.

Just then, the social worker lady comes there and greets the family members.

The family members get all together as the lady questions them about their future plans for Chiku and what they would do if Chiku's biological parents make an appearance.

Gautam tells the lady that they will talk to Chiku's parents and will even include them in Chiku's life if such a thing happens in the future.

Afterward, the lady says that their answers are satisfactory and leaves after taking a picture of Chiku.

Later, Raavi gets ready for the party while being live on social media however ends the stream as Shiva comes there.

Shiva thinks that Raavi is live streaming and gets angry with her.

Elsewhere, Dev talks to an anxious Rishita and tells her to think about the party rather than about the baby's arrival.

Back in Shiva's room, Raavi tells Shiva to not let his ego ruin the night for the family.

Raavi further holds his hand and requests him to support her happiness like the rest of the family.

Shiva however tells her that he's better out of the house and goes to the hall.

Suman asks Shiva why he hasn't changed his outfit when a guest lady comments and says that tonight's star is Raavi, not Shiva.

Raavi feels infuriated while Shiva says that he has some work and leaves, kicking a decoration on his way.

On the other hand, Shikha's father and mother look around Somnath for Raavi's house.

© Copyright tellybest.com, 2020, 2021. All Rights Reserved. Unauthorized use and/or duplication of any material from tellybest.com without written permission is strictly prohibited.
Cached Saved on: Saturday 1st of October 2022 12:24:56 AM