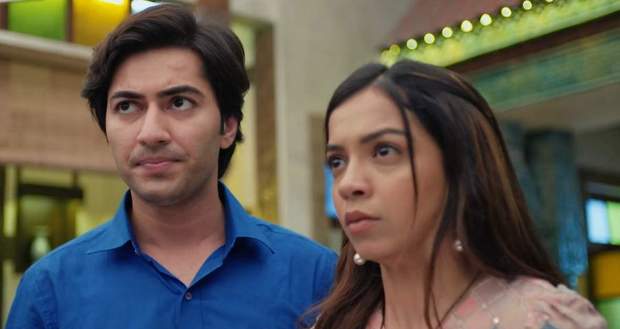 He says that he couldn’t study when Gautam worked alone.

Raavi looks at the certificates and papers after Shiva leaves and gets emotional.

He asks Dev and Rishita to come back home, but Janardhan interferes.

Janardhan says that Dev and Rishita would remain there and blames Dhara for neglecting his daughter and grandchild.

He says that Rishita is not safe at the Pandya house.

Janardhan says Gautham wouldn’t understand the pain of a father as wouldn’t become a father.

He says that Dev could leave if he wishes, but not Rishita.

Gautam says that to him Dev and Rishita are one, thus both can return together.

He then leaves the house.

Dhara tries to stop her saying this would further upset Rishita, however, Suman refuses to listen.

She says that in her house she would decide where to put a lock.

Dhara then says to her that it was all her fault and says that she would convince Rshita and bring her back.

Meanwhile, Shiva walks out of the Pandya store frustrated and Raavi follows him.

Raavi shows his drawings and certificates and tells him that he has a greater degree than any educated man.

She appreciates his decision to give up learning to help Gautam and sprinkles turmeric over her head saying that she is proud to be his wife.

Shiva is upset about Raavi hearing so much insult.

Raavi consoles him and suggests he restart studying.

Dev is disturbed by Gautam being insulted and not being able to respond.

He starts leaving for the Pandya store, but Rishita stops him.

Dev tells her that it is his job and also adds that he doesn’t want to depend on Janardhan’s money.

Kamini, Janardhan and Kalyani happens to hear this.

Kamini says that they should detach Dev from Pandya store in order to make him stay with them.